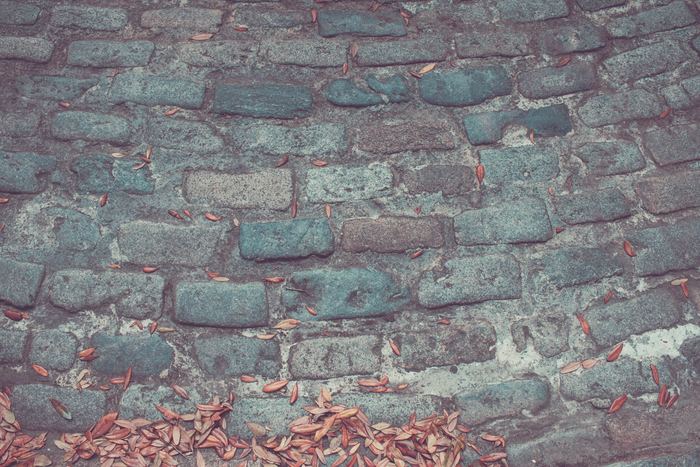 Almost two decades ago, a young filmmaker landed on the Hollywood scene with a movie that became a big deal, winning awards, and making princely sums of money at the box office. But after that debut, as many critics and fans would argue, every movie he made was worse than the one before it. It got to the point, no one would make a movie with him anymore. His career was over.

So where does this creative genius go from here?

There’s a “YouTuber” I watch closely.

He builds props from random scraps of wood he’s been hoarding. His movie titles are made of inelegant blasts of spray paint. Instead of using the animation capabilities of his editing software, he uses a vacuum to animate paper cutouts to move across a table he built from previously mentioned scraps of wood covered in old previously mentioned wayward flecks of spray paint.

Sure, at the beginning of his career, he was forced to use the third rate tools, often literally garbage at his disposal, because he was a flat-broke, high-school dropout with a kid, living in Manhattan, paying child support and washing dishes for his real job.

But, today, even after a healthy career of making commercials, films, companies, he still makes movies like this. He has no problem spending millions on real estate. Why not upgrade his movie making?

Every year, a conference gathers in Nantucket, Massachusetts of creative, smart people to figure out how to make the world a little better. There, our YouTuber described his embrace of imperfection to counter the polish everyone else is using to make their movies appear less human. He mentioned the creators who influenced his career: the Sesame Street gang and Mr. Rogers. He pointed out, even if you had a belief in giant birds on Sesame Street, deep down you knew humans were involved in these puppets. That neighborhood of Mr. rogers: no CGI involved. Some human had to spend the hours making that model you see in the intro.

There’s actually a great name for this aesthetic.

the Japanese art of finding beauty in imperfection and profundity in nature, of accepting the natural cycle of growth, decay, and death.

1999 was a huge year for our mystery Hollywood filmmaker. His movie was nominated for awards at all the major award ceremonies, winning a handful. And through 2005 he made more movies that received warm attention.

But nothing was ever like his debut. His Metacritic scores kept sliding. From 2006 through 2013 he went through the longest string of awards for “Worst Director”, “Worst Movie”, “Worst Screenplay” I’ve ever seen. At a talk he gave, someone in the audience stood up and yelled: “Go Back To Film School!” He won Raspberry after Raspberry.

For someone whose received so much early success, I’m sure quite a lot went through this artist’s mind about being a fluke. A one hit wonder. A creative hack who just happened to get lucky on his first try. Maybe he really was a fraud and didn’t belong making the big movies he had dreamt of.

Things got so bad, in a desperate attempt to make his next (and maybe last) film, he mortgaged his home to come up with 5 million dollars for a movie budget - a paltry sum for the movies he’s used to making.

Then he went to show folks an early copy to hopefully get his money back so he could sleep easier. That he hadn’t just lost his home. No one bought it. Remember that Sony email hack? Our filmmaker shows up in there. When one exec asks Amy Pascal, who ran Sony Motion Pictures if she’d make another film with our filmmaker, her reply was simply: “No.” Everyone had given up on him. Even his agents were done.

But our filmmaker had discovered something during this low period of his life and career - the teachings of Epictetus, an ancient Greek Stoic philosopher.

The chief task in life is simply this: to identify and separate matters so that I can say clearly to myself which are externals not under my control, and which have to do with the choices I actually control. Where then do I look for good and evil? Not to uncontrollable externals, but within myself to the choices that are my own…

So with this new found insight that he can’t control the Amy Pascals of the world or even his agents, he proceeded to fixate his focus on only things he truly could control. The movie.

He got back in the editing room and started refining. He realized some folks were confused if his movie was a thriller or not, so he made music and cue changes so the genre more obvious. Edits here. More tension there.

Eventually, with a new found excitement from working on something he could actually control, he decided to show it to a movie producer he had greatly admired. He loved it.

And on Sept. 11, 2015, our Hollywood ex-star released a shaky, “found home video footage” type of movie without any CGI effects, and it became one of the most successful independent movies ever released, pulling in over $98.5 million from that mortgage on his house.

Our filmmaker and YouTuber share an embrace of the imperfect. Wabi-sabi. Their aesthetics, careers, and lives, remind us that reality is a lot messier than what you see in our CGI perfected movies. The universe really doesn’t bend to our control, regardless of how it looks like it does in many other peoples work and social media streams.

M. Night Shyamalan and Casey Neistat remind us that there are things we can control. Things we can’t. And we should ignore the ones we can’t.

(For further insight into these two, I highly recommend these: Casey’s talk, M. Night’s interview with Vulture and commencement speech.)

P.S. If you enjoy these topics, you should follow me on YouTube: youtube.com/nathankontny where I share more about how I run a business, do product design, market myself, and just get through life.

A litmus test for your idea

litmus test A test that uses a single indicator to prompt a decision Every few days I get an email for feedback on whether someone’s startup idea is worth doing, or for help figuring out how to pick just one idea and focus on it. It’s... Continue →